THE MYSTERY OF THE MAGI - BEYOND THE NATIVITY SCENE - PART TWO

How strange the “Nativity Scene” must look to someone who doesn’t understand it. It is a portrayal of Christ’s birth that blends elements from two Gospels and adds some traditional – and a few mistaken – details. It usually shows Mary and Joseph looking after their baby lying on a trough filled with hay. Shepherds and three “kings” kneel before them, with the “kings” offering special gifts. Camels and other animals surround the little arena on the ground, while a bright star and angels frame it above.

So the Nativity Scene points beyond itself, signifying there is much more to the story it depicts. This 8-part Bible study will focus on one part of the story that is very mysterious, highly unusual, but also deeply compelling – the arrival of the “wise men,” also known as the “Magi.” Their association with Christ’s birth almost seems out of place. Only Matthew’s Gospel mentions their visit. He gives no explanation or background to the magi, yet there is a clear prophetic significance to their presence. They connect with something from the past, announce something about the present and predict something in the future.

So the Nativity Scene points beyond itself, signifying there is much more to the story it depicts.

In popular Nativity Scenes, the Magi have been portrayed as three camel-riding kings who attended the birth of Christ along with the shepherds and barnyard animals. But we know from Scripture that several aspects of this traditional folklore are incorrect. First, the Magi were not kings. The word “Magi” refers to pagan astrologers from the East who sought knowledge from the stars and planets, and interpreted dreams. Second, the Magi did not join the shepherds to visit Jesus on the day of His birth.

They came on separate occasions. And finally, the Bible never specifies that there were only three Magi. We know their caravan was large because all of Jerusalem knew they entered town (Matt 2:3). But we do not know exactly how many there were.

Answers to these questions reveal a crucial, but often-neglected, aspect of the Christmas story: the Mystery of the Magi.

What intrigue they bring to the Christmas story! Rather than, as the song says, “We three kings of orient are…,” these strange stargazers came from foreign places to seek the Jewish King. Do we know anything about them? How did a star guide them to this special Child? Why would they dare to call Him “King of the Jews,” confirming their praise with extravagant gifts? And what was the significance of those specific gifts? Answers to these questions reveal a crucial, but often-neglected, aspect of the Christmas story: the Mystery of the Magi.

Look for Part 3 entitled, “The Original Wise Men.” in the next few days. You’ll learn about the remarkable history of the Magi, dating back to the ancient days of the Prophet Daniel. You will not want to miss it! 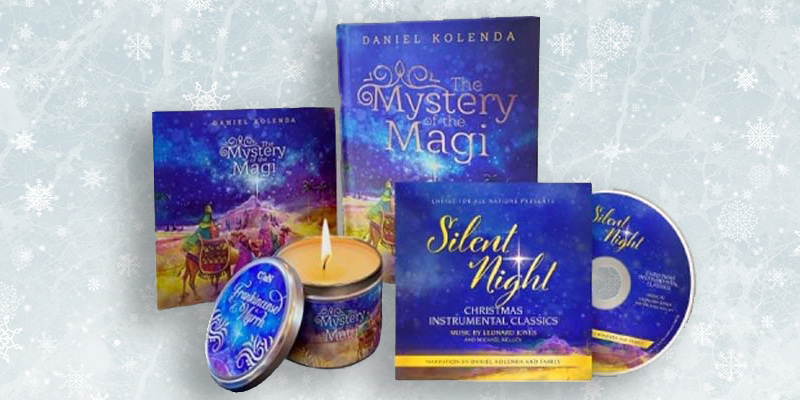